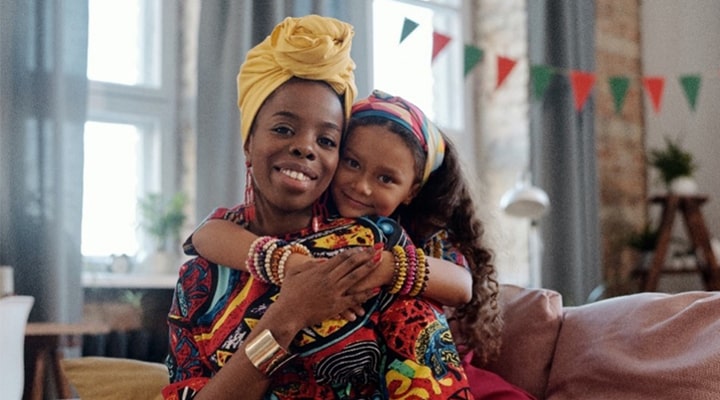 Imagine a person with ADHD

What image comes to mind when you imagine a person with ADHD? Even though a substantial proportion of girls1 and women2 are affected by ADHD, most people typically picture a hyperactive boy. Now, ask yourself: what is the race of the person you pictured? If you answered White, you are not alone. Historically, White children have been more likely to be diagnosed and treated for ADHD compared to racial and ethnic minority youth,3 and research suggests that racial disparities in diagnosis extend into adulthood.4 Being both female and a minority leads to even higher hurdles to getting properly diagnosed and treated for ADHD. And delays in diagnosis can have serious downstream consequences such as low self-esteem,5 anxiety,5 eating disorders6 and self-harm.7

Barriers to diagnosis and treatment for minority females with ADHD

A lack of understanding in how symptoms of ADHD present in girls and women can be particularly challenging for minority females. For example, boys with ADHD often show more disruptive behaviors, such as hyperactivity and impulsivity, while girls with ADHD are more likely to display inattentive symptoms.5 Inattentive symptoms are less apparent and often lead to girls and women with ADHD being labeled as “lazy,” “not smart” or “having a poor attitude.”

Preconceived judgments and cultural differences can result in additional misinterpretation of ADHD behavior in minority girls. For example, Black children are more likely to be suspended than their White peers, and Black girls are five times more likely to report being expelled or suspended compared to White girls.8 Any non-compliant behavior may be viewed as a disruption and threat to the classroom, rather than a sign of the medical condition of ADHD, resulting in teachers missing the opportunity to recommend their Black female students for evaluation.

Previous negative experiences and mistrust of the health care system can also result in minority women being less likely to pursue care for mental and physical health conditions.10 The stigma associated with mental health and behavioral health disorders, as well as fear of addiction to medications, have also been found to be highly prevalent concerns in Black and Latino populations.11

The challenges facing minority females with ADHD are complex; addressing these issues will take changes at both the individual and systemic level. However, given the high risks associated with delayed diagnosis and treatment – in addition to the educational and health inequities already faced by minority populations – taking steps toward change is vital to ensuring that racial and ethnic minority girls and women get the support they need to reach their full, vibrant potential.

Here are four steps that can be taken to reduce disparities and increase health equity for racial minority girls and women living with ADHD:

ADHD in women has long been considered a “hidden disorder,”13 and this is especially true for racial and ethnic minorities. Increasing awareness about ADHD in this population – as well as working to reduce the systemic barriers that limit girls and women of color from getting properly identified as having ADHD – will help to ensure they obtain the resources and support they need to not only survive, but thrive.

7 Meza JI, Owens EB, Hinshaw SP. Childhood predictors and moderators of lifetime risk of self-harm in girls with and without attention-deficit/hyperactivity disorder. Development and Psychopathology. 2020:1-17. doi:10.1017/S0954579420000553